Transducer     A device that replicates or receive sound (mics and speakers)
Dynamic Microphone      A microphone design that incorporates a diaphragm, coil, and magnet structures
Condenser/Microphone     A microphone that uses a capacitor plate as the diaphragm and a pre-amplifier circuit to boost output to usable levels for a mixing console. This type of microphone needs power in order to operate the preamp circuit as well as to charge the capacitor plate.
Phantom Power      Power supplied to a condenser mic, through the mic cable by either the mixing board (most common) or by an in-line phantom power unit
Internal Power      A condenser mic can be powered by an on board batteries.
External Power       A condenser mic can be powered by either an in-line phantom unit supplying power via the mic cable or by a separate power unit that plugs into the wall and has a special cable that connects to the microphone
Diaphragm        The surface inside a microphone that receives the soundwave.
Polar Diagram      Maps directional characteristics of mics in a 2-Dimensional way.
Cardioid/Unidirectional        A sound pick up pattern in which the mic picks up best from the front.
Omni-directional   A sound pick a pattern in which the mic picks up equally well all around.
Bi-directional/ Figure-8 pattern     A sound pick up pattern in which the mike picks up from two sides equally well.
Impedance    The amount of assistance to the flow of electricity in a given circuit. High impedance equals lots of resistance/low impedance equals low resistance
Studio equipment for low impedance.
High impedance is for guitars and instrument cables.
Frequency Response     The range of frequencies, from low to high, putting all your device such as an amp. speaker, or microphone can replicate. (Hertz)
Pop Filter     Disperses the potentially damaging puff of air. 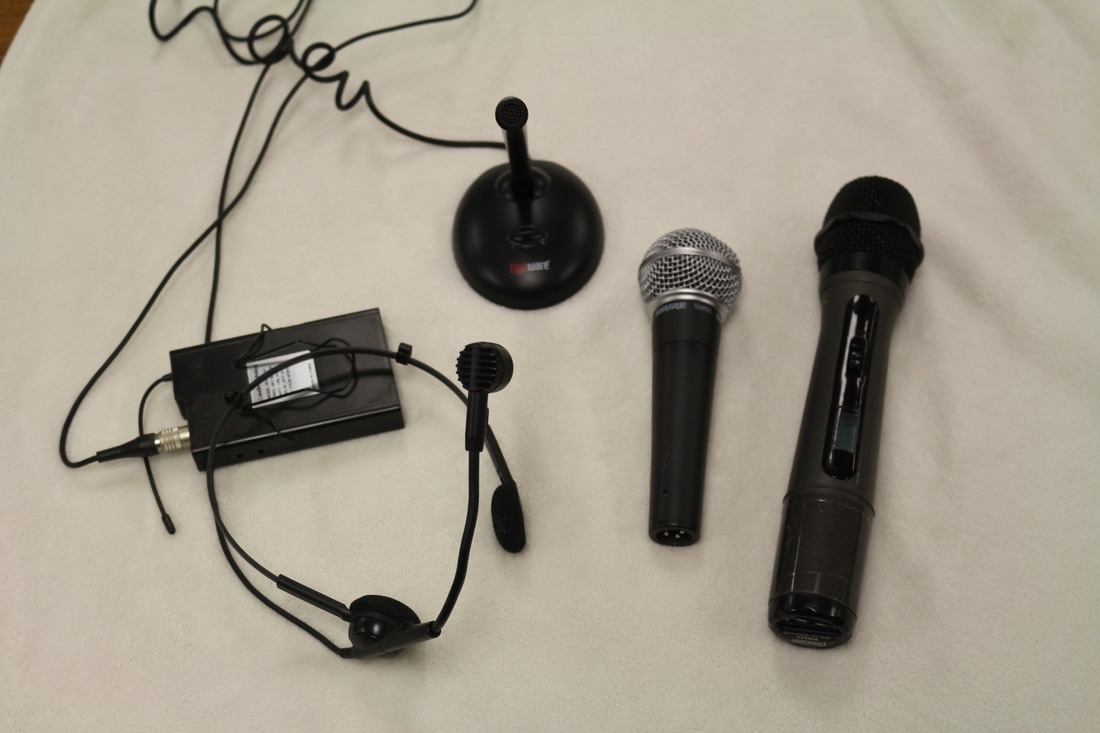